Cannon Films…  You son of a bitch!

It’s been a bit, Cannon.   How have you been, you ol’ salty dog?  Way back at the start of February, we went on a Hospital Massacre together.  I thought I said something wrong to not see you for a while, but here you are to help me wrap up the year.  You’d have almost thought that last week’s Christmas Evil would have been one of yours, but you have a much, much worse mov… er evil – New Year’s Evil!

Oh man…  For about 3 years, I’ve wanted to talk about New Year’s Evil.  It’s actually a movie I enjoy watching at the end of the year.  Is it because it’s good?  Nah.  It’s because it’s actually really dumb and kind of pointless.  But it’s a good mindless numbness I need as Christmas is over and the new year approaches. END_OF_DOCUMENT_TOKEN_TO_BE_REPLACED

You know what I haven’t had in a while?  The sudden urge to kill myself out of utter desperation.

Er…  I mean a Cannon Films movie.  I…  Um.  That’s what’s I meant.  Uh…  Anyway, one thing that you can definitely say about the Cannon gurus Menahem Golan and Yoram Globus is that they sure think they know what people want.  In the example of X-Ray (aka Hospital Massacre), they assumed we all wanted a slasher film in a hospital with a hot babe.

Their assumptions were right, but we also kind of want some sort of story that makes sense.  Is that here in this movie?  No?  Yes?  Not really? END_OF_DOCUMENT_TOKEN_TO_BE_REPLACED 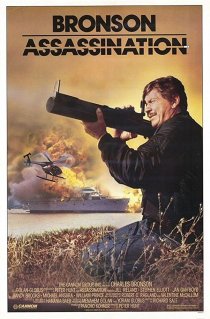 Ah Cannon Films, how I’m glad to be back in your warm embrace.

And what’s this?  It’s a Charles Bronson picture this time?  Oh boy.  I’m ready to see some people get their fucking teeth kicked in by a geriatric!

I’ve covered lots of Cannon Films on this blog, but I’ve only covered a couple movies from their big Chuck duo – Charles Bronson and Chuck Norris.  Those two previous films, The Delta Force and Firewalker, both belong to Chuck Norris.  It was often said, as a bit of an inside thing, that the Cannon Films casting often looked at whatever goofy movie Golan and Globus wanted to make and then separated them into the two Chuck piles.  Some were better for Chuck Norris’ skill set while others were better for Bronson.  I’m guessing the movies that needed a more mobile action star who might be able to be more hands on with dishing out justice to punks went to Norris.  Then the ones that seemed more suitable for a Clint Eastwood type went to Bronson.  After all, by the time Bronson started making tons of Cannon Films, he was in his 50s and seemed much older than Norris anyway. END_OF_DOCUMENT_TOKEN_TO_BE_REPLACED 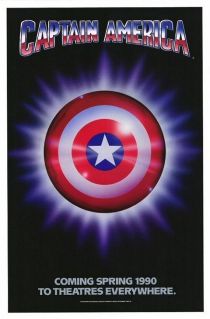 Holy shit…  This is the 100th post for B-Movie Enema.  Yowzers.  How am I going to celebrate?

I’ve already looked at one Captain America movie way back in May 2016.  So why am I double dipping?  Because Cap is my A-1 Super Guy.  He fights for freedom and awesomeness.

The Texas Chainsaw Massacre is one of the most beloved horror movies of the modern era.  It’s full of intensity, actual terrifying moments, and visceral violence that stays with you for years after you watch it.  It came out in 1974 during the golden age of exploitation horror before the genre was essentially taken over by the slasher genre that Halloween gave birth to in the late 70s.

The film also boasts that it has connections to real life events.  Well…  Sort of.  Leatherface was inspired by Ed Gein who was a real life serial killer who did indeed take skin from his victims and started making a skin suit.  There are some minor plot details that also came from the Gein case, but that was all in Wisconsin, not Texas. END_OF_DOCUMENT_TOKEN_TO_BE_REPLACED 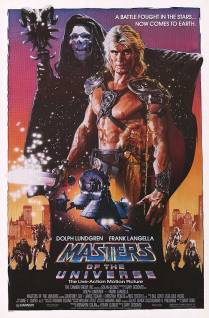 Remember a few weeks ago when I mentioned that this might be one of the very worst span of four weeks during one summer movie slate ever?  It started with July’s Jaws: The Revenge and Superman IV: The Quest of Peace, and now ends with one of the more spectacular Cannon Films failures, Masters of the Universe.

The origin of how this movie came about takes root from the Mattel smash toy hit of the same name.  Trust me, when I was little, everyone had He-Man toys.  We’d walk around and ask each other if they want to play “He-Mans” and usually had our figures in tow at all times.  We fucking loved this shit.  What’s funny is that the toys were super cheaply made.  For the most part, every figure had the same overly muscular body spray-painted different colors with different heads and different accessories or attachments.  When you have a bunch of of the very same body for every male figure, it makes production costs quite a bit lower and gives you much more of a profit when these things sold like crazy hotcakes. END_OF_DOCUMENT_TOKEN_TO_BE_REPLACED

What’s this?  Another utterly disappointing fourth film in a franchise to be released in July of 1987?  You bet it is!

In a span of four weeks in the middle of the summer of 1987, moviegoers had to be subjected to Jaws: The Revenge from Universal, this week’s feature, Superman IV: The Quest for Peace, and Masters of the Universe.  The latter two being massively popular intellectual properties for young kids – both released by Cannon Films.

That’s fucking depressing to know that much shit flew out of screens into your face in such a short period of time. END_OF_DOCUMENT_TOKEN_TO_BE_REPLACED

Whoa-ho boy.  It’s been far too long since I last talked about a Cannon Films/Chuck Norris action flick, and I think now’s as good a time as any to revisit the 80s’ greatest hero.

For this week, I decided to cover the one Chuck Norris movie I’ve seen more than any other – Firewalker.  When I was a kid, this movie was on HBO or some other cable channel ALL THE TIME.  It’s just a good old fashioned Chuck Norris flick that tries so hard to be Indiana Jones.  Also Academy Award Winner Lou Gossett is there too.  And Melody Anderson who I think almost every guy my age had a crush on, thanks in no small part to Flash Gordon. END_OF_DOCUMENT_TOKEN_TO_BE_REPLACED