Every now and then a movie suddenly finds its audience.  Take The Rocky Horror Picture Show, for example.  Sure, it didn’t find that audience immediately, but within a couple years of release, the mega fans were showing up at midnight showings in costume and so forth.  With the advent of home video and the explosion of home entertainment via cable and a video rental store in almost every strip mall as well as even grocery stores, movies that didn’t do so well in theaters suddenly had a second life.

Then comes this curious little direct-to-video movie called Tammy and the T-Rex.  Aside from it featuring two very young, and very pretty future stars in Denise Richards and Paul Walker, it was relatively overlooked as a low budget teenage romantic comedy.

However, in recent years, it’s been rediscovered… END_OF_DOCUMENT_TOKEN_TO_BE_REPLACED

It’s time to get back into the works of one Norman J. Warren.

Think back to earlier this year when I discussed the movie Terror.  This was about a witch cursing a family that ultimately leads to both cousins having to deal with some freaky shit around them.  This time around, we don’t have a set of long-lost cousins, but instead with Prey, we have a pair of lesbians that live in a remote area of England dealing with an alien with a voracious hunger.

Now, when I intro-ed Terror, I made some observations about Warren’s work.  Specifically, I wanted to call out certain ideas that he would have and then mix them with other ideas to create this very strange mixture of characters or situations for his movies.  In fact, allow me to quote myself from that article: END_OF_DOCUMENT_TOKEN_TO_BE_REPLACED

Pull up a chair kiddies, and let me tell you the tale of 1984’s dance-ercize epic Heavenly Bodies.

And, besides, summer is coming – it’s time to make sure you got your beach bods ready for the sun and fun of the warmer weather!  Heavenly Bodies is about Samantha Blair, played by the incredibly cute and likable Cynthia Dale, who is an aerobics instructor at a Canadian fitness club named, well, Heavenly Bodies.  She soon finds herself in the battle of her life as she competes against one of the lead instructors at a mega fitness club chain for a spot on a local television workout show.  This brings her face-to-face with big wig bullshit and the only way for her to fight and defeat the evils of capitalism is to dance the fuck out of it. END_OF_DOCUMENT_TOKEN_TO_BE_REPLACED

Say…  What have we here?  Ladies…  Allow me to introduce myself to you – I am a dude who makes terrible decisions in the quest to find a good girl.  And, shiiit…  You are apparently your Mama’s Dirty Girls after all.  You are 100% my style.

All that first paragraph was for me to say the following:

OF COURSE I WOULD EVENTUALLY COVER THIS MOVIE.

END_OF_DOCUMENT_TOKEN_TO_BE_REPLACED

Blue March continues with not only another adult film, but an adult film directed by Anthony Spinelli.  Spinelli was kind of known for his work in genres.  Hey, it’s not just a prono, it’s a sci-fi/drama that deals with relationships and kinks and sexual inadequacy.  This isn’t just a skin flick with a really hot redhead, it’s a film noir/crime drama type of movie too!

Dixie Ray Hollywood Star is the latter.  We have a hot, but enigmatic redhead movie star, Dixie Ray, played by Lisa Deleeuw.  She comes into contact (both figuratively and literally) with P.I. Nick Popodopolis, played by superstar adult actor John Leslie, who is caught up in a mystery after finding a dead woman on his floor.

Even better?  This movie has the one, the only, Cameron Mitchell! END_OF_DOCUMENT_TOKEN_TO_BE_REPLACED

Let’s talk about a classy movie!

Dead & Buried is a 1981 flick that takes a different approach to zombies.  It is written by Dan O’Bannon and Ronald Shusett who is best known for writing the classic sci-fi/horror flick Alien.  That’s a fact that the poster really wants to sell this movie on – “The creators of ALIEN… bring a new terror to Earth.”

Dan O’Bannon also made Return of the Living Dead which is pretty much a zombie movie hall of fame entry from the mid 80s.  It’s fair to even say that O’Bannon’s work on that movie, matched with the Godzilla movies, and Roger Corman, helped create my love of B-Movies and, thus, well… END_OF_DOCUMENT_TOKEN_TO_BE_REPLACED

Oh baby, we’re back to some sweet, sweet blaxploitation!

There are few in the sub-genre of blaxploitation that are as highly regarded as Melvin Van Peebles’ Sweet Sweetback’s Baadasssss Song.  It carries the distinction of being included as part of the permanent collection of The Museum of Modern Art.  It’s also the first to be labeled as “blaxploitation”.  So if you want to go back to the beginning of the phenomenon, well, you can’t go back further than this. END_OF_DOCUMENT_TOKEN_TO_BE_REPLACED

This week’s B-Movie Enema comes from the dawn of the glorious decade known as the 1980s.  It’s the focus of every soft rock radio station’s weekend format.  It’s the predominating style of music on all mainstream movies’ soundtrack albums.  It’s the decade I visit the most by far.

And because The Hearse is a 1980 horror movie, famed movie critic Roger Ebert called it an idiot plot movie.  It’s his saying for a movie in which all the characters in the plot have to be idiots.  Now, I’m not saying that Roger Ebert is a snob and grossly underestimates the average horror movie, but most horror movie fans like this movie.  Probably because they are idiots and they really like idiot plots.  END_OF_DOCUMENT_TOKEN_TO_BE_REPLACED 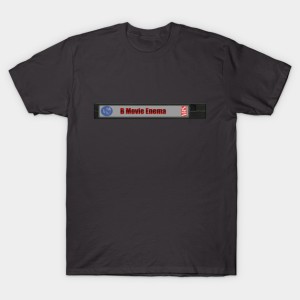